Beginning on December 7, 1941, the Imperial Fleet of the Japanese Navy began one of the most destructive campaigns the world had seen in one day. Whenever December 7, 1941 is discussed, most people think of the Japanese attack at Pearl Harbor. December 7 was a lot more. All across the Pacific Ocean, Japan attacked the US wherever it had bases, ships, or men stationed. In one fell swoop, Japan had come perilously close to wiping out the Pacific fleet in one day. By early 1942, the refueling station at Midway was one of the few targets left standing. However, the failure of Pearl Harbor for the Japanese was that while the Japanese planes took out most of the battleships at Pearl that Sunday morning in 1941, the planes failed to take out the US aircraft carriers. In 1942, Admiral Yamamoto, the man who designed the Pearl Harbor attack began to design a second attack on an atoll, northwest of Hawaii, called Midway. This time, Yamamoto would not carry out the attack. He would leave that to someone else in June 1942.

The Americans on Paper
Frank Jack Fletcher was an American Admiral. His greatest experience had come at the Battle of the Coral Sea in May of 1942. The Americans and Australians had repelled an attempt by the Japanese to invade Australia, New Guinea, and other South Pacific targets. As the Admiral in charge of the Yorktown, the Coral Sea had left the Yorktown near listless. Somehow, Fletcher over saw the refit of the Yorktown. In what should have taken months, was done in days as over 1,400 men put the aircraft carrier back on its proverbial feet. This was done out of need as they were not many US aircraft carriers left. At the Battle of Midway, the Japanese would have 4 of them while the Americans only 3. The Japanese had every advantage on paper. However, it was the advantage of paper that swung the battle.

The American Secret Weapon: The Code
The Americans were close to breaking the Japanese code system in the fall of 1941. To many code breakers, the failure to break the code before Pearl Harbor stuck in their craw. One such analyst was Joe Rochefort.  In the spring of 1942, the Japanese code JN-25, the operational code of the Imperial Navy, was extremely complex; more so than other Japanese codes. JN-25 contained 33,333 five-digit code groups. Rochefort and his decryption code team used guesswork to finally break the code in the week before Midway. It was an amazing accomplishment as the team was deciphering between 500 and 1,000 messages a day. The US then put out a message saying Midway was almost out of water. Within hours, Japanese messages begin chattering about AF having a water emergency. The code was broken and a trap was put in motion.

The Battlefield
The military significance of the Midway Island was almost insignificant. The US had little use of the base early in the war. But for the Japanese, it would get them one step closer to Pearl Harbor. Once the code had been broken, Fletcher moved his fleet away from the islands to open up the islands and enabled the Japanese to show their hand.

The Battle
Nagumo sent seven Japanese scout planes to confirm that the American were not at Midway. Their own hubris of their attack plan would be their undoing. And in believing the plan to be invincible, Nagumo would not waver from it or put much stock in scouting. There would be no improvising, no changing of tactics. The US sent out over 20 scouts and found the Japanese fleet. Fletcher sent in torpedo bombers. However, initial attacks by US torpedo bombers on the Japanese fleet were a complete failure. All but 3 torpedo bombers were destroyed. This fact only cranked up Nagumo’s and the Japanese confidence.

When the first wave of Japanese planes attacked Midway, they failed to put the nail in the coffin. When word comes of a US aircraft carrier being sighted by a Japanese scout plane, Nagumo has to make make a key decision about whether to continue the attack on Midway or to go after the Aircraft Carrier. This was not part of the plan. The US aircraft carriers were supposed to be in Pearl Harbor. Nagumo chooses to reconfigure the bombs on his planes for an attack on the carriers. This would take an additional 60 minutes. To do this, the planes would be reconfigured on the decks of the aircraft carrier. It would be a fatal mistake.

When Fletcher’s attack force arrives to attack the Japanese carriers, the torpedo bombers continue a string of bad luck for the US. The first wave did no damage. The first wave of bombers got separated from its escort of fighters and were shot down easily by the Japanese fighters.

The second wave by the US was not going to make the same mistake. 6 US Wildcat fighters were set to face over 20 Japanese Zeroes in the skies over the Japanese aircraft carriers Akagi, Kaga, and Sōryū.  The Zero was a superior machine. It was faster, more maneuverable, and had more range. However, its one weakness was the fuel tank easily caught fire. In addition, the hubris of the Japanese commanders spread throughout the fighter ranks. In addition, they could not improvise. In what becomes known as the Thach Weave, US fighters fight in pairs but by flying inter-locking patterns which confuses the Japanese and they are unable to adjust to the American tactics. The bombers now had free reign to attack the JAkagi, Kaga, and Sōryū.

While US carriers were made of metal, Japanese carriers had wooden decks. In a mere five minutes, 3 out carriers were in flames. Between the bombs the US dropped, the Japanese carriers were sitting ducks with their own bombs on deck, the armaments underneath, and the wood. The battle was nearly over. Nagumo, despite losing the flagship, was not going to be stopped. He thundered on towards Midway. Despite only having 1 carrier to the 3 of the US, Nagumo pressed forward undaunted and undeterred. The Japanese found the Yorktown and thought they laid it waste with three bombs. Quick thinking by the US stopped the fire on the Yorktown. Nagumo thought the odds were closing to his favor. The Yorktown, while badly damaged could still float and would play a key role in the outcome of the battle.

The Japanese quickly regroup and attack what they think is another carrier but it is the Yorktown again. This time, the Yorktown is dead in the water. Nagumo thinks he has evened the odds. As Nagumo thinks he has taken out 2 carriers, he begins to attempt a final attack. Before the Yorktown is abandoned Fletcher sends out scout planes to find the final Japanese carriers. And the Americans find the final Japanese carrier. The Hiryū was hit with 4 bombs. A key to the sinking was that the Japanese pilots were eating below deck when the Americans arrived.

Midway reports for June 5 contained a variety of activity going on that day. For Fletcher and the US, a key to the battle was deciphering the reports that were coming in. While history records the key details, it also can reveal the small details. Fletcher had to sort through the large amount of data to make decisions. Here is a list of just June 5, 1942.

Nagumo limped home in defeat. The Americans, while losing the Yorktown, only lost over 300 men. The Japanese lost 3000 experienced sailors and airmen. For the Japanese it wasn’t the pilots who were the key loss, but rather the maintenance crews and the aircraft carriers. A lot of technical know how went down in the ocean. An invasion was deterred. A turning point in the war in the Pacific changed the course of the war. From now on, the Americans could rebuild their fleet, planes, and begin an offensive against the Empire of Japan. The Battle of Midway was the high water mark for the Japanese. Their navy nearly destroyed was now on the defensive. The battle also marked an important turning point as it showed the importance of aircraft carriers as the key to the Pacific theater of operations. Air power by sea was going to win the war. However, on June 6, 1942, the US had no strategy on how to defeat Japan. They only hoped to stop it. Midway changed that mindset.

“After a battle is over, people talk a lot about how decisions were methodically reached, but actually there’s always a hell of a lot of groping around.” – Jack Fletcher

For Fletcher, he groped better thanks to his ability to improvise and make adjustments throughout the battle. This trait would be a key for the Americans in the Pacific against the Japanese and in Europe against the Germans.

Here are three excellent educational films about the Battle of Midway.

2 thoughts on “Turning Points: The Battle of Midway” 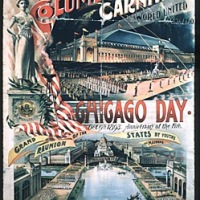 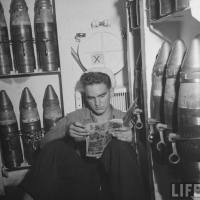 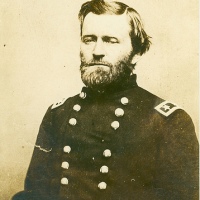